Bernard Teggart, 15 years, from New Barnsley Crescent, Belfast, N Ireland, who was assassinated 13th November 1973 by the Provisional IRA. His badly-beaten body was found near Bellevue Zoo on the outskirts of the city. It bore a placard bearing the word Tout i.e an informer. His twin brother who was abducted at the same time was released after being given a coat and three shillings and told to take a bus home. The abductions took place from St Patrick's Youth Detention Centre. Bernard was said to have a mental age of 8 or 9 years. Although the IRA did not admit responsibility it issued a statement in October 2004 saying that after an investigation it offered its sincere apologies to the family admitting the killing should not have happened. 197311130699.

Please see my full Terms and Conditions of Use at https://www.images4media.com/p/terms-conditions - it is IMPORTANT that you familiarise yourself with them.

Images used online incur an additional cost. This cost should be agreed in writing in advance. Online images must be visibly watermarked i.e. © Victor Patterson or that of the named photographer within the body of the image. The original metadata must not be deleted from images used online.

This image is only available for the use of the download recipient i.e. television station, newspaper, magazine, book publisher, etc, and must not be passed on to a third party. It is also downloaded on condition that each and every usage is notified within 7 days to victorpattersonbelfast@gmail.com.

The right of Victor Patterson (or the named photographer) to be identified as the author is asserted in accordance with The Copyright Designs And Patents Act (1988). All moral rights are asserted. 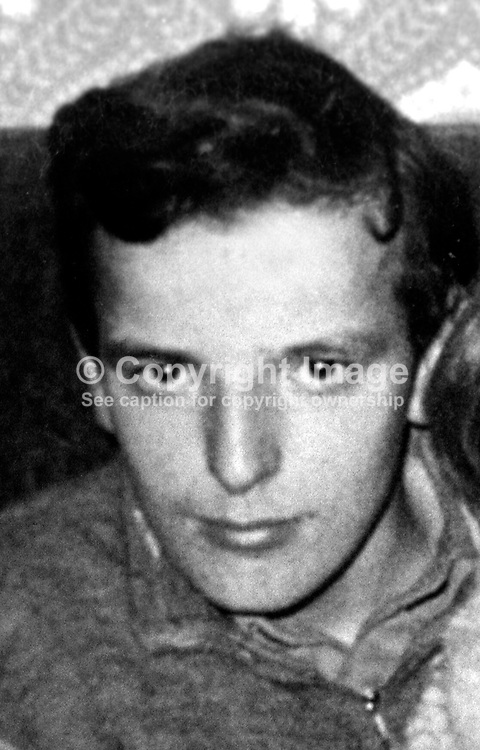